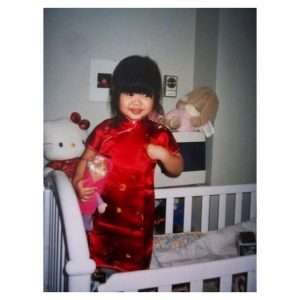 My month-long Asia trip is only a few days away! I’m extremely unprepared and still have tons to do. I thought that it may be fun to share a few of my thoughts and feelings about this trip before I jetset off with my Grammy (aka my PoPo/maternal grandmother).

Being Canadian is as much a part of me as my Chinese heritage. My parents were both raised in Canada to immigrant parents – then had my siblings and I – three, non-Mandarin or Cantonese speaking, 2nd generation Canadian-born Chinese children. We’re kind of as CBC as it gets – like what other Chinese 24 year-old has “Spencer” as their middle name?
“When’s the next time you’ll go back home?” My 1st-gen Chinese friends would ask me, referring to the motherland. “Erm… I’ve actually never been there.”
“Oh really?” They would always respond, completely perplexed. “You’re so white-washed!” Others would say in disbelief.
Confession: November 2017 will be the first time I’ve ever been to Asia, except once when I was a small toddler. It’s going to be definitely a culture shock. Besides my Father’s side of the family, who still keeps up with many Chinese/Cantonese traditions thanks to my Mah Mah (paternal grandmother) – I really know nothing about what to expect on this trip. The lens I will see these countries in will differ greatly from my 1st-gen friends – and even the people who raised me. As much as I was encouraged by older relatives to speak Chinese, I always reverted back to speaking English. Turkey was always served at Thanksgiving instead of a mish-mash of Chinese food like my other friends’ families, and if anyone were to call me by my given Chinese name (that’s nowhere legally registered, by the way) – there’s no doubt that I wouldn’t respond, not that this situation has ever even happened.
“But where are you really from?” Douchey guys at the bar would always ask me in the first ten-seconds of meeting me. “I have a friend of a friend who loves Chinese food…” They would continue, leaving my large eye-roll completely un-noticed.  This has always been really. fucking. annoying. Especially when I would be later accused as some sort of “snowflake” or social justice warrior” after correcting them. Wow, thank you for mansplaining my culture to me. I tooooootally understand how interested you are in my chinese-ness now.
In Canada, I know that my appearance will always trump my nationality. People will always wonder what my ethnicity is, and always associate my identity with it. This, I have accepted. But inside, I can’t help but feel caught in the middle.
What I really mean is: I’m too Chinese-looking to ever be “Canadian” to the some people, and too Western-acting to be considered “Chinese” to others. It’s a weird thing.
Let’s face it. All the people in Hong Kong Taiwan or China will know I’m not “one of them”. I completely know I look like a full-blown North American tourist. If it’s not my broken, pathetic Chinese that’s a total tell, it’ll be the way I dress, the way I do my makeup, or even just the way I act. 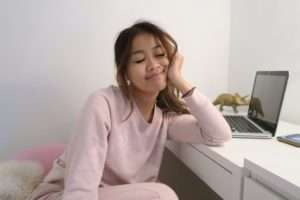 It’s one hell of a feeling to feel like you don’t belong.
I’m proud to be CBC, even though it sometimes leaves me confused. But ever since I started YouTube , it has really given me the space to be my authentic self, and show people what it’s like for me to be in “The Middle”. And with this Asia trip fastly approaching, I think it’ll be an even more fascinating experience for not only myself, but to share it with all of you. Let’s do this!!
Love Always,
Rachel, 黃詠芝